Delicious Feast of the Ancient Poet 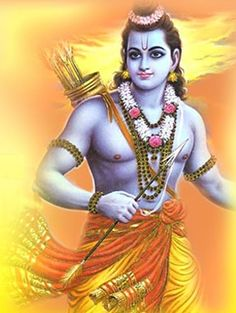 Our mind pictures a Feast as, that which triggers our taste buds, one that is served in Marriages and Thread Ceremonies, constituting a sumptuous variety of Hexa-Flavoured (Sweet, Sour, Salty, Bitter, Pungent, and Astringent) dishes, served as a lavish dinner. A delicious feast as highlighted in the foregoing not only confers sensory satisfaction, fosters the body, mind and intellect but also generates extra-sensory satisfaction. Partaking pure food that is prepared and served with a sincere and guileless mind, cleanses our vitals, steadies the intellect, which if tracked, relieves us from all our worldly bonds to experience communion with Self, as proclaimed by Chaandogya Upanishad.

A host not only serves his guest with hexa-flavoured dishes, but also takes care of his accomplices.  In the same way, the ancient Poet Valmiki satisfies the Self as also the sensory-horses. Through his delicious feast-Ramayana, he achieves this with the nine-fold sentiments namely Shringara (love), Hasya (laughter), Adbhuta (wonder), Karuna (sorrow), Raudra (anger), Veera (heroism), Bhayanaka (fear), Bibhatsa (disgust), and Shantha ( tranquillity). Just as all the rivers finally get merged in the sea at the end of their course, all the nine shades of emotions get finally immersed in Peace (Shantha Rasa). Our highly venerable Sriranga mahaaguru while portraying the nature of Navarasas, extolled "Shantha Rasa as eternal. It is serene, changeless, pure and stainless as the sky. In comparison, other rasas are transient in nature, resembling splinters of clouds of varying colours, floating across the sky. Shantha rasa represents the Silver Screen in a theatre. Just like the silver screen remains unaffected by the presence of the colours of various pictures presented by it, the form of Atman (Self) too remains undeterred by the occurrence of the other Rasas and continues in its default state".

The gratification by Navarasas should not only envelope the body and the senses but also lead us to delve deep into the Ocean of Rasas (Rasa-purusha) as enjoined by Upanishads through "रसोवै सः" (Personification of Rasas), and stabilises us in that state. It is only then it can be ensured that "the contentment with Rasas is complete in all respects, as imminent in the analogy "squeeze the lemon to the full". The Ramayana of the Master Poet can very well be a representative or realistic example of the foregoing discussion as per the conviction of those who have experienced the Epic in its full glory.

The Raama-karnaamruta Shloka "श्रुंगारं क्षितिनन्दना विहरणॆ........." (Shrungaaram Kshithinandanaa Viharane) which portrays Sri Rama as the Lord of Navarasas, is highly popular. How these Navarasas manifest themselves in the life of Sri Rama can be portrayed with help of this shloka.