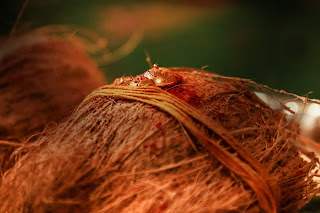 Jaya and Vijaya are the doorkeepers of Vaikuṇṭha, the abode of Mahavishnu. Once, the great Sanaka and his fellow sages came to visit Mahavishnu. Out of arrogance, the doorkeepers prevented them from entering Vaikuṇṭha despite being aware of the greatness of these sages. The sages were overpowered by anger and cursed Jaya and Vijaya: “You are unfit to remain in this holy place; take birth on earth as demons”. Mahavishnu appeared on the scene and gave two options to Jaya and Vijaya: either to be born as arch-enemies of Vishnu for three lives, or as His friends for seven lives. They eagerly chose the first option so that they can return to Vaikunta sooner. Vishnu now addressed the sages as He wanted to enlighten them too. Smilingly, He remarked: “It is highly unbecoming of Jaya and Vijaya to have stopped you sages, well-known as jitendriyas, (conquerors of the organs of sense) and distinguished for your control over anger. I personally apologise for their mistake!” Soon the sages realized their folly of not conquering anger while dealing with His assistants. This is a story familiar to students of Indian mythology.

Many may draw the conclusion that the urgency of Jaya and Vijaya to return to Vaikuṇṭha is understandable as they were unable to bear the separation from their Master Mahavishnu.

Sriranga mahaguru had explained this story in a beautiful manner. When Jaya and Vijaya faced two options — to be foes or friends — and chose the former, the reason was that the curse had already started bearing fruit, thus driving their mind towards this alternative. They could have chosen to be associates of Vishnu, whether for seven lives or even a hundred! As residents of Vaikuntha, they ought to have had their minds always dwelling on the Lord. Even if they took birth on earth on account of the curse, if their minds were unfailingly devoted to Vishnu, neither the number of births nor their place of stay would matter. They did not realise this simple principle! “Whether in heaven or in hell, in happiness or in sorrow, may I always remember you” — to pray thus is a hallmark of Indian culture.

The story of Jaya and Vijaya nicely illustrates how even a great devotee, if he develops a craving for position, for fame or becomes possessed with such other selfishness, can forget his ultimate aim in life. If this can happen even to such Servitors of Lord Vishnu, what then to speak of the rest of us? That is why elders warn “प्रत्यहं प्रत्यवेक्षेत नरश्चरितमात्मनः। किं नु मे पशुभिस्तुल्यं किं नु सत्पुरुषैरिति॥” (A man should introspect everyday: am I behaving like a beast or like a noble person?) Animals can act only on instinct. It is only a man who is bestowed with an additional faculty of discretion. Even when we err as a result of our accumulated bad influences or bad company, it is wise to exercise better judgment, correct ourselves, and continue to move towards our goal.

Seemanta is a ritual performed subsequent to Pumsavanam. It is a Samskara performed exclusively for a woman pregnant for the first time. It is executed once and not repeated over successive pregnancies. ‘Seemantonnayana’ is its full form. In hair dressing, a central line over the head
demarcates and bifurcates the hair. The limit or boundary of this hair-parting is called Seemanta. An important aspect of this procedure is extending and combing the Seemanta (central bifurcating line of hair) upwards which is called Unnayana.

It is desired that the child be intelligent, honourable, wise and possess a radiant personality. Obviously when a child possesses these special qualities, it needs protection from evil forces which try to steal them. Sriranga Mahaguru used to say - “In addition to a beautiful body, the child should also possess complete Jnaana (knowledge of Supreme). Atmachaitanya (power of the Atman), Atmaguna (good qualities as desired by the Atman) and Dehapushti (a healthy body) will all follow”. We should not forget that rituals as per Maharshis Vijnaana (their vision of the expansion of the root Jnaana) encompass the three domains viz. Atmadharma (principles of the Atman), Manodharma (mental makeup) and Dehadharma (nature of the body) and ensures that they all blossom together. Finally as per the saying - “Sarvam Karmaakhilam Paartha Jnaane Parisamaapyate” all actions should integrate with the Supreme Eshwara. All ordained Mantras (hymns), Tantras (rituals) and Dravyas (materials) make the ritual complete in all aspects. On identification and confirmation of pregnancy, Seemanta is conducted in the third or fourth month, during Shuklapaksha (bright fortnight of the
moon), on a Purusha nakshatra day (as per Stree-Purusha classification of stars, a star with Purusha dharma favourable for Unnayana). It should be performed during daytime. Bull’s skin, bunch of fruits from a cluster fig tree (Atthi), porcupine quills with three white dots defining three divisions (Shalali)
should all be kept ready. Porcupine quills should never be kept inside the house.

It is believed to create strife. In a like manner three Darbha grasses should be plaited together. Three such knitted strands should be kept ready. On the Seemantam day, after holy bath and adorning of new clothes sanctification (Punyaaha) and recitation of the purpose (Sankalpa) are done. Kankanabandha (tying yellow thread over the wrist) follows next. The family’s personally preferred deity (Ishtadevata) is worshipped and a Homa (oblation made into fire) is performed with the chant of eight specific Mantras. These propitiate Dhaata, Raaka, Naejamesha, Indra, Agni and Prajaapati. It is very essential to invoke these deities.

Husband and wife sit facing east and west respectively. Keeping a twig with bunch of figs, Shalali and knitted Darbha strands together, the husband combs the hair, beginning with the top of the forehead right up to the end of the line parting. Unnayana is done thrice. This Unnayana points upwards and signifies uplifting.

We notice combinations of three in this ritual. This Karma extends over all three worlds. It should culminate in the root of all creation, viz. Pranava. Hence the Mantra ”Om Bhoohu Bhuvaha Suvaha Om” is chanted. Beginning with Pranava, three Lokas which are its expansion are the middle and the
culminating point is Pranava again. This does not stop in the material world or the domain of the sensory organs.

The combination of three items is such that each removes the blemishes (Doshas) of the other, thus ensuring total accrual of desired fruits. 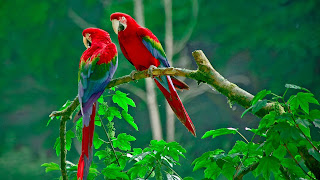 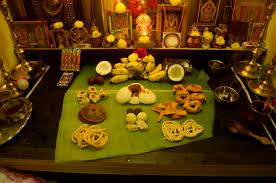 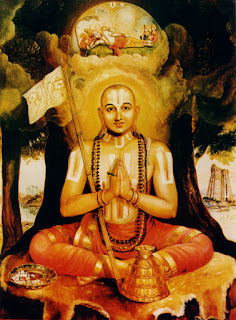