Article in Kannada by: Rajagopalan K. S
English Rendering by: Hemalatha B. C

The word “Artha” in Sanskrit is used in multiple meanings. The “Artha” used in the sense of “money”, an instrument for deriving worldly pleasures, is one among several meanings.

There is a popular Sanskrit saying: “Dhanamulam idam jagat” (money is the root of all things in this world). Witnessing the all-pervading influence of wealthy people, there are innumerable quotations which extol the glory of wealth! On the other hand, many saints and philosophers denounce money, in the light of the agony earned while chasing money. There are many subhashitas (proverbs) that condemn money too. A common man is often confounded by the contradictory sayings on money, a praise in one breath and a ridicule in the other! Hence, there is a need for some analysis about the significance or otherwise of money.

Sri Shankara Bhagavtpaada questions with concern in his Bhaja-Govinda stotra: ”Why thou worry so much about money?” (kaa te kaantaa dhanagata chintaa”) In the same verse, he cautions: “Be sure that money causes calamity. Beyond a shadow of doubt, money does not bring even an iota of happiness. A wealthy man apprehends danger even from his own son on account of money. This is universally true.” Having cautioned people who are after money, Acharya Sri Shankara also makes his stand clear about money. Considering just these examples, one may get the impression that Sri Shankara Bhagavatpada was wholly against money. 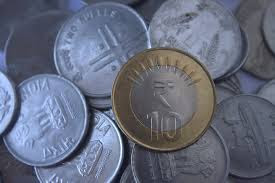 Sriranga Mahaguru clarifies and elaborates thus: “Sri Shankara did not exhibit apathy towards worldly life, or exhort us to reject it. Lead your life in the world. Also, there is no harm if you are engaged in earning your livelihood”. (Mudha jahihi dhanaagama trshnaam, kuru sadbuddhim manasi vitrshnaam| Yallabhase nija-karmopaattam vittam tena vinodaya chittam ||) Wealth is needed in life! But one should not crave for money. The thirst for money is unquenchable just as the thirst a dying man experiences for water! The right attitude is: “I am thirsty; I drink a cup of water; my thirst is now quenched”. Develop a similar attitude towards money. Be content and happy with whatever you earn from the job you have chosen for your livelihood. Thus Sri Shankara does not shun worldly life. His message is only to have a restraint on mad chase for wealth.

None of our ancient sages has advocated that a man should give away all the wealth
in charity! Instead they advise him to allocate some amount for his family and for those that depend on him, some for the society he lives in, some for divine work, and spend it accordingly instead of utilizing the entire earnings selfishly. There are several instances witnessed by the family members and disciples of Sriranga Mahaguru who spent generously, not forgetting even the animals around.Here is a glimpse of such an incident.

“Once Mahaguru had been to Srirangapattana, the holy place on the banks of Cauvery along with his kith and kin. He gave the food to the fish in the river first and only later, proceeded to consume his food” (cited from an article published in Yogeshwara Shriranga p 319).

Instead of sneering at the attitude of earning money, Sriranga Mahaguru encourages earning money for a noble cause. Here is a beautiful quote from Shriranga Vachanaamruta (Vol I - p 59): “If Artha (money), without becoming anartha (destructive), can lead to Paramaartha (ultimate goal) thus becoming saarthaka (meaningful), then we shall endeavour to earn it every moment”. A man’s life is fittingly fulfilled if the money earned through rightful means is expended judiciously in the above manner.