There is no accomplishment without Concentration 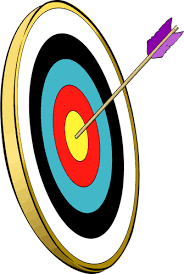 While teaching archery,  Dronacharya showed an eagle perched on a tree top and instructed his pupils “you have to cut the head of that eagle when I tell you to”

Yudhishthira’s was the first turn. He told him “Yudhishthira, take aim, shoot the arrow as soon as my instructions are complete”.  Yudhistira readied his bow and arrow to shoot the bird. Then Drona asked him “Are you seeing the bird at the top of the tree?” He replied “Yes master, I am seeing the bird”.  He immediately asked again “You are seeing both the tree and me too?” Yudhishthira’s reply was “I am seeing the tree, yourself, my brothers   and the eagle too Master”. The same questions when repeated elicited same responses. Drona was irritated and told Yudhishthira “Move aside, it will not be possible for you to bring down the target”.  The next turn was Duryodhana’s followed by others. “We are seeing everything” was everyone’s response.  Even the responses of Bhima and his brothers’ were similar!

Then came the turn of Arjuna. Arjuna’s response to the same question was “I am seeing only the eagle but not the tree or you”. Drona then asked “You are seeing the Bird, is it not so?” Arjuna responded “I am seeing only the bird’s head not its body (&quot; ಶಿರಃ ಪಶ್ಯಾಮಿ ಭಾಸಸ್ಯ, ನ ಗಾತ್ರಮ್&quot;)”.  Drona was thrilled. “Shoot the arrow” was his command. The cut head of the bird fell to the ground. Drona was in ecstasy.

Did not Arjuna accomplish many great things later?

To do anything well, concentration is needed. Mind should be focused on the goal. When the mind is wandering hither and thither, where is the concentration? (an instance that applies to students of today “if we are browsing everything on the internet how can one concentrate?”)! Spiritualism also needs concentration and care. “One should take down the goal of Brahma without losing focus even a bit” is the teaching of the Upanishads too!

One last word “Did one have to kill the bird which was sitting all by itself?”  Do not feel bad! it was only an artificial bird made by a sculptor.