How to identify a counterfeit note among currency notes? Is it not that among many hundreds of footwear one has to wear his own pair? To identify, one has to have the Lakshana-jnaana (knowledge of the special characteristics) of the object. It is also necessary that one should know the features lest one should get deceived. For example, if one wants genuine saffron, he should know the difference between pure and adulterated saffron. Even to detect gold one must be aware of its distinctive features.

Another advantage from Lakshana-jnaana is equanimity. When one can discern the Lakshanas (distinguishing characteristics) of body-organs, one won’t lament about the shortcomings of his bodily features. When our perception is based on the natural characteristics, even a monkey would appear handsome. Again, when we see a blind person we sympathize with him.

Man after all naturally experiences the states of wakefulness, sleep, and dream. If one is aware of the naturalness of these states, one does not feel miserable but feel at peace considering them to be naturally innate.

In the above hymn, all the named living beings (souls) are seen as distinct from each other by the external eyes. But one who sees the characteristics of the all-pervading God in a Brahmin, elephant, and dog would see only God in spite of the external differences. It is like experiencing the sweetness which is common in different figures prepared as elephants, birds, and fish from the sweet stuff. One who is familiar with the sweetmeat focuses only on the sweetness without looking at the different shapes.

Then how to look at the Lakshanas and the shortcomings of human beings? Should one see through the mindset of the parents for whom even an ugly child is a darling?!

For specifying the characteristic marks of the object with certainty, one has to decide on the basis of the original purpose of its creation and whether the result can be gained from the object. One should be thoroughly familiar from the root to the top of the object. For example, what is the comprehensive knowledge of a human body? The external eyes see the head, torso, and limbs. The internal organs are seen with the help of machines. By personal experiential knowledge, the mind, the sensory and the organs of action are known. That which cannot be seen by bare eyes may be seen through a microscope. In the same way, the Rishis say that one can see through the divine vision obtained by austerity and meditation, the hidden Almighty God too who is giving the power of conscience. If one leads such a life using all the privileges one is endowed with, then only he may be called a human being in the real sense. If the body, mind, sense organs, life-force and principles in entirety are helpful for the vision of God, then only that person may be called a knowledgeable one.


That which carries one towards Lakshya (goal) is Lakshana. The commentary of the Lakshya itself is Lakshana. 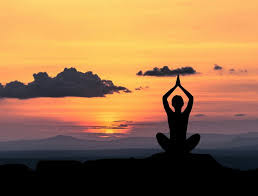 There are two types of characteristics - General and Special. Food, sleep, fear, and progeny are common even for animals. But what is unique or exceptional about a human being is his wonderful body. For, the Seers proclaim that it is only in the human body one can have the realization of God. So, one who possesses the lakshana-jnaana of his body will put in the effort to achieve a fulfilled life complete with worldly enjoyment and supreme joy.

Ayurveda states: Rshireva vijaanati dravya samyogajam phalam! Only the Seers who have the knowledge of Trigunas (Satva, Rajas and Tamas) and the individual characteristics of things, also know the fruits of fusing them. They have the subtle knowledge and the ability, obtained by the power of their austerity and meditation, to know in entirety the characteristics of substances. Also, they are familiar with the knowledge of the different effects of substances not only on the human body but also on the path towards God-head. This way the potentiality of programming to attain the most supreme goal, without making the Mother Nature poor, was acquired by the Seers by the Lakshana-jnaana alone.

On the whole, for equanimity and a life of purity, truth-beauty, and auspiciousness Lakshana-jnaana is very essential.