The word Kaama in a Bharateeya context has several connotations though all of them are closely related. Kaama is Manmatha, the god of love. Kaama is also used as a synonym for lust or desire, often of the sexual kind. Kaama is the third purushaartha in the list – Dharma, Artha, Kaama and Moksha. Kaama in the western world is recalled best in connection with the Kama Sutra of sage Vatsyayana. Kaama in contemporary usage brings forth explicit imageries of Ajanta and Ellora.
Irrespective of the exact context, the very mention of the word Kaama elicits a shy sly smile. There are others who insist that this shying away from discussing sex is immaturity and must be discussed in open classrooms with adolescents. Yet others treat Kaama with disdain and as a manifestation of basal tendency. For cine goers of today, Kaama is often synonymous with or an extension of romance. But then, how did the ancient Bharateeyas view Kaama? Did they feel no inhibitions about talking so freely about such basal tendencies? These and several other related questions may easily be anticipated from modern rational and thinking minds.
Kaama as a natural impulse
Kaama is a natural impulse in all animals, as it is in humans. In fact, if this were absent, the very survival of our species would have been untenable. It is latent since birth and manifests with the onset of adolescence as the mutual attraction between man and woman. If this attraction conforms to the boundaries of the values espoused in a particular culture, society or community, this attraction is celebrated. If not, it is castigated. This is the rule universally in all races, communities and countries. The acceptable rules and boundaries for such a communion though vary quite widely across cultures the fact remains that every group of people do have their own take on what is acceptable and what is not. 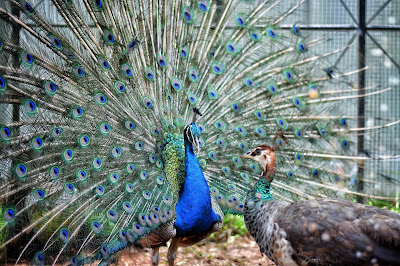 Kaama in Bhaarateeya civilization and culture
The Rishis of ancient Bhaarata were very well aware of the power of Kaama. They also recognized that the most primitive and generic form of Kaama is ‘a strong temptation to fulfil the desires of the senses’ – a definition whose scope is far wider than just attraction to the other sex.  Depending on the situation, Kaama can thus assume manifold forms. The Rishis also understood that unrestrained desires, like bolting horses, could breach any boundary and cross all limits. Thus they promptly incorporated controls in society to rein in these prancing horse-like desires of men.
Every car that has an accelerator to propel it forward must have a brake too. If not, accidents will be the norm. The great men who shaped the society of Bharata, created an effective brake to the impulses of Kaama and also institutionalized the same. That brake is ‘IndriyaJaya’ or the control of senses. IndriyaJaya in our daily life can take many forms. It is the firmness to refuse a juicy sweet or a tasty snack offered on a platter, if it is not conducive to one’s state of health. It is the ability to look away from a captivating scene if it not be in accordance with one’s principles. In short it is the strength and steadfastness to say ‘No’ to something that is easily available, even though the senses may be craving for it. One must be careful to not confuse Indriyajaya with a general disdain or indifference to all things in life in general. That would be akin to saying that ‘I can only brake but am not capable of driving the car’. One is said to be fully in control of his car only if he is equally capable of driving carefully in the crowded marketplace and very safely at 120 kmph on the expressway.  Similarly, one is said to be endowed with a balance and in control of his senses only if he has the strength to say ‘No’ at inopportune situations, but can still enjoy and indulge the senses when permissible. This ‘sense of balance’ was termed as Dharma by our Rishis.

The license of Dharma is essential for acquisition of Artha and enjoyment of Kaama
In the Bharateeya way of life, before one was permitted to acquire Artha (wealth or resources) or enjoy Kaama (desires), he or she was trained for long in Dharma. That period of training was termed Brahmacharya and was usually spent at the abode of the Guru. Life in a Gurukulam did not just involve textual learning or thinking as is the norm in schools today. It involved self-discipline and penance that lead to spiritual enlightenment. It imbued the aspirant with the balance of Dharma and made it a part of his nature. Only one who had succeeded in such a regimen graduated as ‘Snaataka’ (synonymous with ‘Graduate’ in contemporary Indic languages). Such a Dharmishtha or one endowed with Dharma does not breach the boundaries propriety. Kaama enjoyed by such an exalted one is what is referred to in Sri Krishna’s proclamation in the Gita – ‘Dharmaaviruddho bhooteshu kaamosmi bharatrshabha’ {O Arjuna ! Among the purushaarthas, I am verily the Kaama that is not opposed to Dharma}. When a Snaataka becomes a Gruhastha and assumes the role of a householder after attaining Dharma, he enjoys Kaama and the riches of Artha not just for satiation of his senses, but as a means of benefiting all the animate and inanimate creations. He undertakes it as a means of worship or Yagnya. He is not bound by the temptation of senses. As time rolls on and old age stares in the face, he grieves not. Dispassionately giving up enjoyment he embraces his first nature – penance. In course of time he casts aside the body as one would his old rags. This glorious life style of Bharatavarsha is described by Kalidasa in Raghuvamsha as ‘Shaishavebhyasta vidyaanaam, Youvane vishayaishinaam, Vaardhake munivrutteenaam, Yogenaante tanutyajaam.

Is this relevant today?
But why are we regurgitating these old tales of a bygone era? Is it still relevant today? The answer is an emphatic Yes! To this day we are driving our bodily vehicles driven by the impulse of Kaama. If we desire a joyous and safe journey of life, it is mandatory for us to acquire the license of Dharma. Most of the accidents that we see today, be it on the roads or in our homes, offices or society may be attributed to untrained drivers without a license. This is true today as it ever was. If one possesses the license of Dharma, Kaama is worthy of worship. Else it takes its place as one of the six vile vices and must be abandoned forthwith.